Can You Use Independent Contractors? 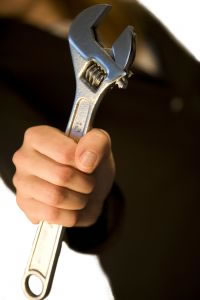 The following is the story of how one person came to an understanding of what an “Independent Contractor” is.

The morning sun was just warming the tops of the hills surrounding the lake as Ed dropped his line in the water and made himself comfortable in the deck chair. The light breeze was just enough to cause small waves to lap against the pontoons of the houseboat and give a rocking motion to the craft. Ed knew none of the others would be getting up any time soon.

Leaning back he was enjoying the coolness. He knew that soon it would be quite hot. But for now, he was content to relax. He began to think about how well his life had turned out. Being able to bring his family on these vacations was some measure of his success. Though he was now a successful residential home framing contractor, he remembered times he could hardly make ends meet, let alone have vacations. It was at times like these he thanked his lucky stars that he had met Jodie and then her father.

His wife, Jodie, was the joy of his life, of-course the kids were great too. He remembered when Jodie had introduced him to her father, Bob, those many years ago. How could he have known that Bob would start him on his path to business success?

I had grown up in construction trades, gramps, dad, summers during high school. I liked the work, outdoors, bunch of guys, building stuff, joined marines right out of high school. After my discharge I returned to the construction trade. My start in business came while I was working for a framing sub-contractor as an employee. As time passed, I began to notice that each person tended to gravitate to certain tasks. As good and fast as I was at framing, I noticed that I would never be as fast and accurate at framing as my friend Alan. When he was doing framing work he seemed to be in the “zone”. He just had a special skill and attention. Other people seemed to have special skills in other areas. I was always thinking of our relationships with the other specialty contractors, how the job was set up, etc. I even noticed that the other members of the team seemed to look to me for direction when the owner was away.

When in the Marines I chose heavy equipment operations. They sent me to school for basic and advanced construction operations. As supervisor for construction of a small airfield in West Africa I was responsible for management of the labor crews, most done by civilians. Got a taste for the whole job and what it took to do it. It was great. I really liked how everything fit together like a big puzzle. I decided I would really like to stay in construction so I enrolled in a local community college working for an Associates Degree in Construction Technology nights and some weekends. As my skills grew, I noticed that my boss was depending on me to supervise the crew while he was off elsewhere. He just expected me to keep things going and never offered to give me more money for the extra effort.

One day, while I was on my way back home from my construction management classes I had a great idea. I’d just form my own company. I knew most of the construction supervisors since I had been on a lot of job sites. I figured it would be easy to get a contract. I knew how to read prints, do layout, had all the tools and was really fast. What else did I need? I talked to a couple of the supers about my idea and they told me they would talk to their bosses and get me some work.

That was the day I met Jodie, and my life was destined to change. After work we all went to our favorite watering hole, Doc Holiday’s. Soon after washing some of the dust out of my mouth, I looked around to see who was there. And there she was with two of her girl friends. I could not take my eyes off her and after getting caught the third time staring at her I decided it was time to meet her.

Having been around the trades most of my life, I believed I knew what an independent contractor was. I just needed to register my trade name and find work. I would hire my workers as independents and be off to the races. One of the Construction Managers helped me make up my first bid and gave me my first contract. It wasn’t much, just $36,000, but it was a start. I knew a couple of guys that I had worked with who were good workers so I talked to them and they said sure they would come with me. I signed the contract and walked out the door. It was really exciting. I was in business for myself!
That evening during my date with Jodie, I was talking excitedly about my new business and how it was going to simplify my life and increase my income. Jodie said that she thought that there was much more to being in business than I had mentioned. She suggested that I might want to speak with her father about business as he had a successful commercial insurance agency. She felt I would soon become aware of things needing attention. I told her I had things well in hand and did not need her father’s advice.

After getting home after my date I decided to read my new contract all the way through as I remembered the construction supervisor mentioning that there were things required before I started work. Alas, the contract called for in force liability insurance and worker’s compensation insurance and something called an accord insurance certificate. Ok, I guess I do need to speak with Jodie’s father, but only to get the required insurances, and he is in that business. Still no big deals, I’ll call him tomorrow. Now where did I put that card Jodie gave me?

Just then there was a strike on his fishing line and Ed was jerked from his thoughts. Wow, this feels like a big one. About 15 minutes later he was able to dip his catch out of the lake. It was a nice 18” lake trout. He gently removed the hook and slid the fish back into the lake. Re-baiting his hook he cast it back for another try, and resumed his thoughts.

I called the next morning and set my appointment with “the man.” That first conversation with Bob was a real eye opener. Bob, Jodie’s father, said, “Jodie’s been telling me about you. She’s quite impressed so I guess I am too.”

“So,” Bob said, “You need some insurance coverage. We can certainly help you there. But first I would like to ask you some questions, Ok?”

“Have you ever had a business before?”

“No. But I have been around construction most of my life and have talked with lots of people about being an independent contractor.”

“So, then you know the difference between being an employee and being a contracting business?”

“Sure, employees have withholdings from their wages and independent contractors are responsible for their own taxes. That’s the way it works in construction.”

“You realize, then, that as an independent contractor that you are a business?”

“So, you understand that an employee is someone who works for some hourly rate and is paid for the hours worked. Whereas an independent contractor business contracts for jobs and can actually lose money on those jobs?”

“Well, yes. I guess I never thought about the fact that my company could lose money. I guess I did contract for the job and there is no provision for adding more hours if we don’t finish within my estimated time.”

“Well, Ed, I think there are many things you need to learn about having a business. I want to mention just a few main ideas here, as that is a subject to be had at some other time. But I do want to clear up some of your misunderstandings about independent contractors today.”

“First as to business in general I would like you to consider these statements:

There is more but that is, as I have said, for another time.”

“Now, back to the notion of an Independent Contractor business. The whole issue revolves around the employment of labor to complete some type of work.
At this point in our conversation, Bob brought out several pages of information on the subject. (These pages are reproduced below for your reference.) He summarized the main points for me.

“First, the main issue is that all businesses eventually reach a point where they need labor to finish the required work. You are there now I believe.”

“I said before that an employee is an individual who provides services to an employer under their direction and control and for a specified pay rate for the time worked.

“In contrast, an independent contractor is a business. As a business it contracts for jobs. Contracts can only be made between business entities. An individual may also be an entity, however their business should have a business name other than the owner’s. A business “entity” is an organization that brings together knowledge, skills and tools to produce a product or service that will be marketed to other individuals or entities with the expectation of producing a profit.

“The second rule is that the independent may not do for your business what your business does. That is, you may not contract for the labor needed to do those tasks for which your business depends for its very survival.

“So, in general terms you must not relate to your independent contractors in any way that would indicate some kind of control. They may not be paid by the hour, may not be reimbursed for expenses, cannot be restricted to a fixed schedule, may not be trained by you, etc.

“Which brings us back to your workers, Ed. As you can now see, they are not independent contractors and may not be treated as such. You are going to have to set your company up to handle payroll. And you will need to cover them for workman’s compensation insurance.”

“Man,” I said, “I will have to step back and review my decision to have my own business. I am not sure I can compete in the market if I can’t treat my workers as independents and will have to pay all these extra costs. I am sure that most of my competitors are not!